The Qashqai is a compact crossover with a weird name built by Nissan, one of the biggest Japanese car manufacturers. Had it not been for the Qashqai though, Nissan might have gone bust years ago when people started ditching their sedans and hatchbacks in favor of crossovers. The Qashqai couldn’t have come at a better time for Nissan. It was their saving grace in a shifting market with unpredictable trends. The weird “Qashqai” name comes from the Qashqai people living in Central mountainous Iran. When translated, it roughly equals to “A horse with a white forehead”. We’re not quite sure it looks like a horse with a white forehead, but the Nissan Qashqai is definitely one of the most popular vehicles in its respective segment, and here’s how it got there. 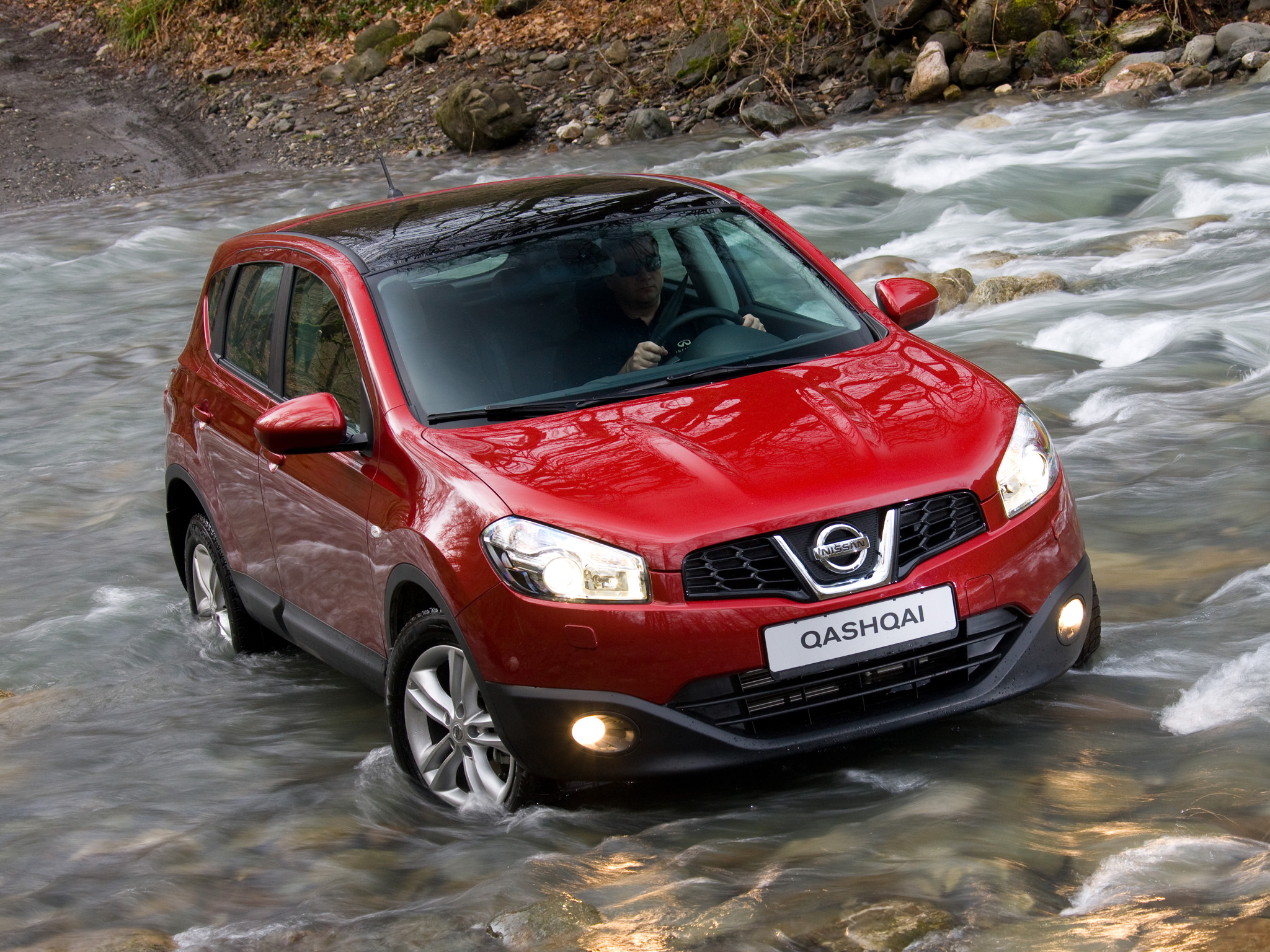 The very first Qashqai madeits debut in early 2006. Codenamed J10, it was built as a direct replacement for the Terrano II (Mistral). Being a traditional body-on-frame style SUV, the Nissan Terrano II was heavily outdated and costly to make. Nissan needed a modern unibody crossover that could compete with rivals such as Toyota’s RAV4 or Honda’s CR-V.

The original Qashqai was the first Nissan to be completely designed by Nissan’s Europe Design studio in London, and most of the engineering development was carried out in the Nissan Technical Centre in Bedfordshire. It was also built and assembled in the UK, in addition to Nissan’s two other plants in Japan and China. Weirdly, Nissan decided to ditch the Qashqai nameplate for the Australian market, for worries that its name might be pronounced “cash cow”. Instead, they decided to give Australian-bound variants the domestic Japanese name for the Qashqai, the Dualis.

In its first year of production alone, Nissan had sold over 100,000 Qashqai examples in Europe alone. It outsold all other Nissan SUV models, including the X-Trail and the Nissan Murano. The Qashqai sits on the same basic platform as the X-Trail, but it slots just beneath the X-Trail in terms of size and off-road capabilities.

In late 2008, Nissan began production of the Qashqai NJ10 (+2) at their UK powerplant. Essentially a seven-seater Qashqai, the “Qashqai+2” is a normal Qashqai with a longer wheelbase (135mm) and a slightly higher roof (38mm). Nissan extended the rear by an extra 77mm in addition to pushing out the wheelbase, making the Qashqai+2 some 211mm longer than the standard Qashqai overall. Sadly, after five years of production, Nissan axed the Qashqai+2 in favor of a seven-seater version of its bigger brother, the Nissan X-Trail.

In December of 2009, Nissan decided to revamp the Qashqai with a fresh new face and some minor cabin tweaks. They redesigned the front to make it more modern, and they added brand-new LED taillights round back. The interior saw a new instrument panel, as well as better soundproofing. In 2011 Nissan replaced their venerable 2.0 dCi diesel with a smaller 1.6-liter dCi unit. Although power went down from 150 to 129 horsepower, torque output remained the same. Most customers didn’t care about 20 horsepower less, because it meant the car became more efficient and used less fuel.

The Qashqai was never available in the US. Nissan decided to introduce it as the Rogue in 2017, but more on that later on. The first-gen Qashqai has sold in over 1.24 million units worldwide during its short 7.5-year production run. That’s an astonishing amount, given how unfamiliar and new the car was when it first came out. It didn’t have any history or long heritage it could boast with. Nissan did an excellent job at filling a gap in the market though, and their marketing team did a spectacular job. 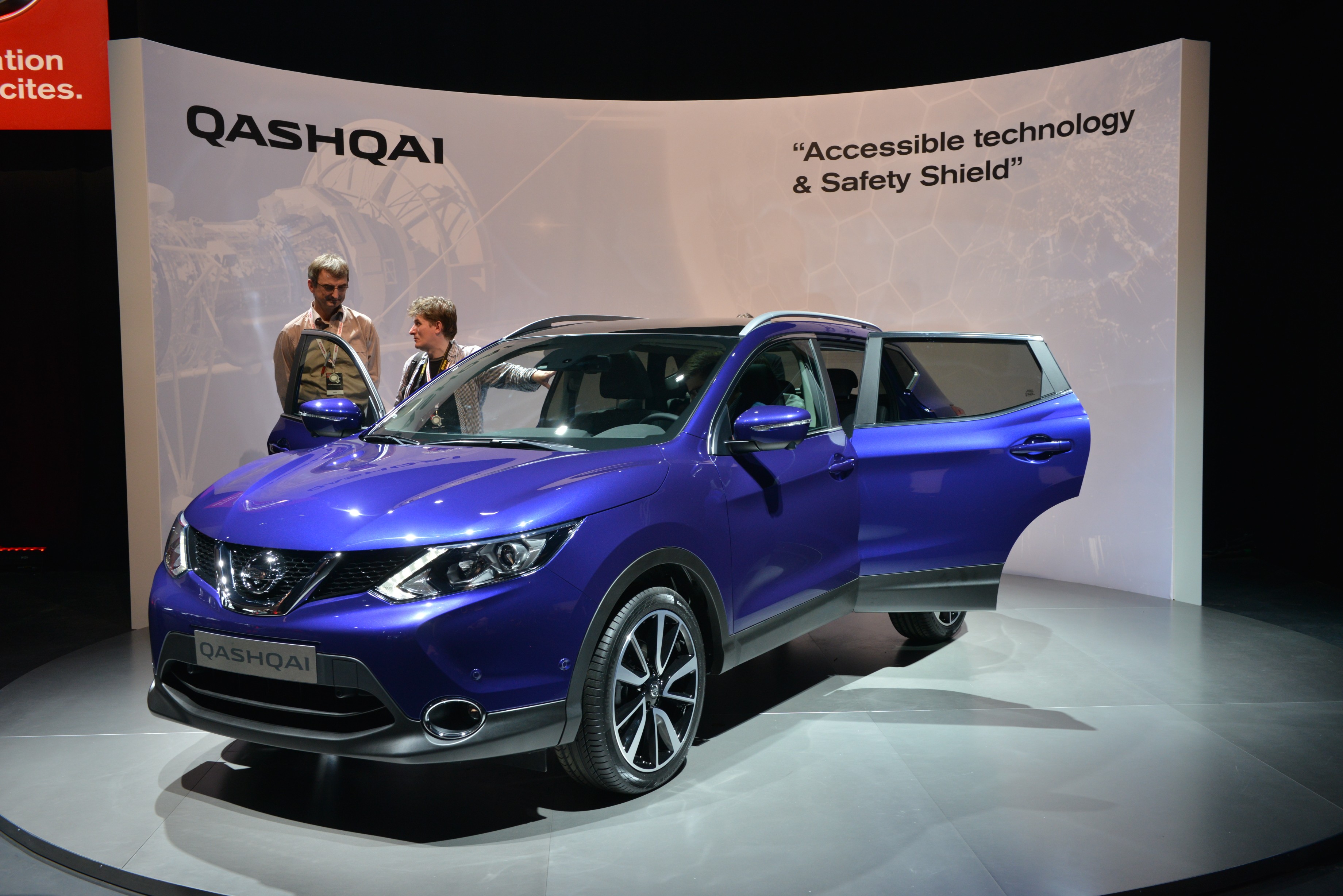 By the time the second-gen Qashqai hit the market, it was already a worldwide best-seller. Nissan had something to bank on, but that came with its own set of challenges. The new car had a reputation to uphold, and it needed to be just as good as its predecessor, if not better, for Nissan’s own sake. Luckily, when they unveiled the second-gen J11 Qashqai in London in late 2013, it was apparent they knew what they were doing.

In its first year of production, the new Qashqai received the coveted ‘What Car?’ “Car of the Year” for 2014. To keep up with demand, Nissan opened up a new powerplant in Saint Petersburg, Russia, despite the fact that they decided to discontinue the Qashqai in Japan. They got rid of the Dualis name altogether, so from 2014 onwards, Australian models were also called the Qashqai.

The new car is available with several engine choices:

The smallest 1.2-liter and the naturally-aspirated 2.0-liter gasoline engines are most popular in China, where Dongfeng Nissan started producing Qashqai variants for the Chinese market. Most models come with a CVT transmission, but a 6-speed manual transmission can be found on the smallest 1.2T engine.

Most of the engines, especially the diesel units, come from Renault. Nissan has a long history with Renault, so it’s no wonder that they share a lot of platforms as well as engines between them. The Qashqai is closely related to the Renault Kadjar, which is essentially Renault’s version of the Qashqai. It’s far less popular than the Qashqai though, as it isn’t sold in North American nor Japanese markets, and it made its first debut in 2015.

In 2017 Nissan unveiled a Qashqai variant at the 2017 North American International Detroit Auto Show, called the Rogue Sport. It slots in between the Juke and the Rogue, filling in a gap that’s highly contested in the SUV segment. In Canada, the name Qashqai carries on.

All US-bound Rogue Sport variants come with the 2.0-liter 141 horsepower four-cylinder, mated to a CVT transmission. The Rogue Sport is available in three different trim levels: S, SV, and SL. For the 2020 model year Qashqai, Nissan redesigned the hood and the front bumper cover, they gave their compact crossover new headlights, new taillights, and some shiny new alloy wheels. If it’s anything other than a massive sales hit, we’ll be honestly surprised.

We'll send you a quick email when a new Nissan Qashqai document is added.